Brenda is an 87-year-old great-grandmother who has been living independently in a retirement village in Perth for over 15 years. She moved there from country WA with her husband, who passed away five years ago. Three of her four children live nearby, and the fourth lives in Sydney.

While generally in good health, Brenda has lived with osteoarthritis for some time. She is very active – she enjoys walking, going to the gym, playing cards, socialising and getting involved in charity work.

Brenda and her daughter, Jane, have agreed to share their story to help others.*

In 2020, Brenda started feeling uncharacteristically listless. She consulted her trusted GP and, at her daughter Jane’s request, other specialists, including a gerontologist. They found Brenda to be in good physical health, enjoying full cognitive function, good mobility and good sleep.

Frustrated at the lack of a diagnosis beyond ‘You’re just getting older, Brenda’, Jane suggested installing InteliLiving in her mum’s apartment. Jane’s siblings agreed it would be a good idea and, after her initial reluctance was overcome by the knowledge that her neighbour Bernie was also installing InteliLiving, Brenda agreed too – Bernie was coming out of hospital after a fall.

With the risk of undetected falls their main concern, Brenda and Jane opted for an InteliLiving solution with motion detectors throughout the apartment. They also installed exit sensors, so Jane and her siblings would be able to tell when Brenda is out exercising or socialising, plus power sensors on some appliances – useful for detecting lapses in daily activities, like cooking and doing laundry.

Brenda played an active role in deciding where to place the sensors but didn’t want to self-monitor. Instead, the sensors provide a 24/7 connection with and peace of mind for her children, who can look out for Brenda without having to panic if she doesn’t answer the phone.

“I don’t feel like I’m going to fall but InteliLiving gives me more confidence.”

During the InteliLiving system’s initial five-day ‘Learning’ phase, Jane happened to check the InteliLiving app. Jane noticed that, despite Brenda’s assertions that she was sleeping well, she was getting up to go to the toilet three times a night. This was a worrying discovery as night-time bathroom visits increase the risk of a fall. But this wasn’t the only thing concerning Jane.

Falls risks: Bathroom visits
Older people are 41% more likely to experience a fall if they visit the bathroom just once at night. That risk more than doubles with three or more nightly bathroom trips.

The app showed Brenda making three visits to her ensuite during the night.

After speaking to her mum about it, Jane printed some screen grabs from the app, so Brenda could ask her GP if there might be a problem. Brenda’s GP immediately conducted some tests and diagnosed a urinary tract infection (UTI), another falls risk. UTIs can cause dizziness and other debilitating symptoms that can easily spiral into delirium, leading to a fall.

Infections and falls
One hospital study showed 40% of people who had a fall also had some form of infection.

“I took the screen grabs from the app to my GP who diagnosed a UTI.”

After a short course of antibiotics, Brenda was back to her healthy self. Now, she is only visiting the bathroom once a night and she gets a much better night’s sleep, thereby significantly reducing her risk of a fall.

Brenda visits the bathroom once a night and enjoys a ‘high’ amount of sleep.

To find out more about how InteliLiving and the InteliCare Pro dashboard can help your teams deliver the best evidence-based care, please contact our friendly team.

*The names in this case study have been changed to preserve our clients’ privacy. 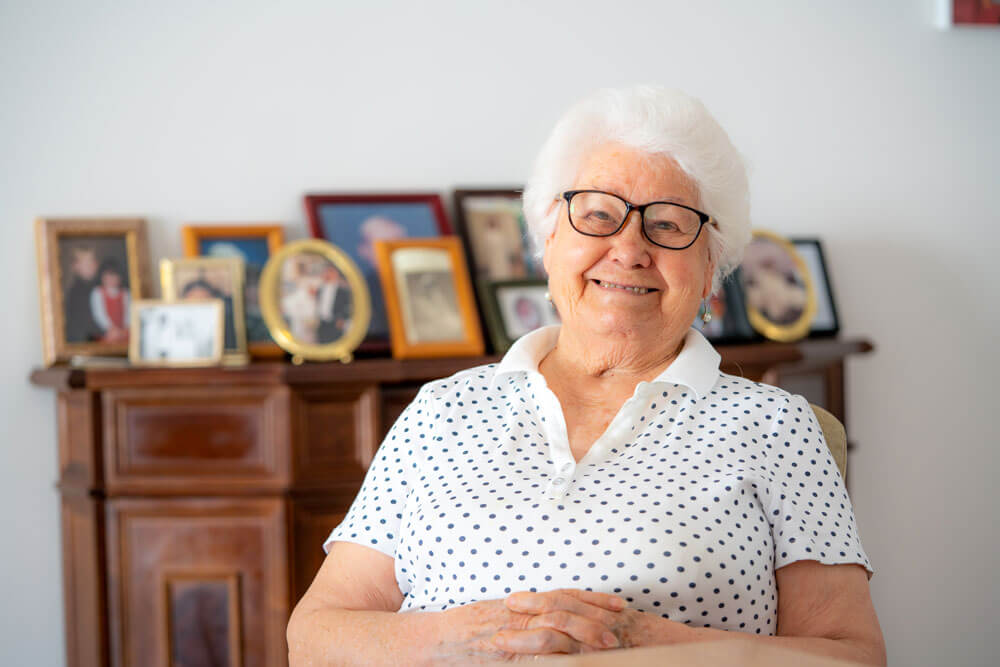 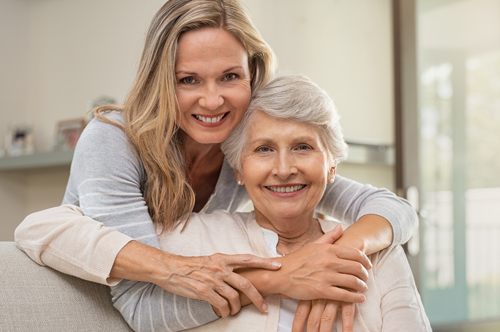 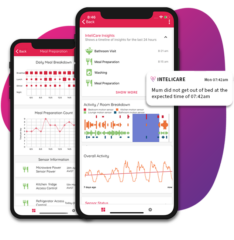 When I talk to my friends both elderly and those with elderly parents they loved the idea of independence without the pressure of having to check on them physically every day. Read Ailsa and Diane’s story.

Lois’s was still active around her home and happy living on her own, but her family were concerned about her wellbeing and worried about a fall without anyone around to help. Read Lois’s story.

How to speak to your Home Care Provider about InteliLiving

Already have a Home Care Package? Learn how to request InteliLiving be included in your care plan and understand how home care plans work.